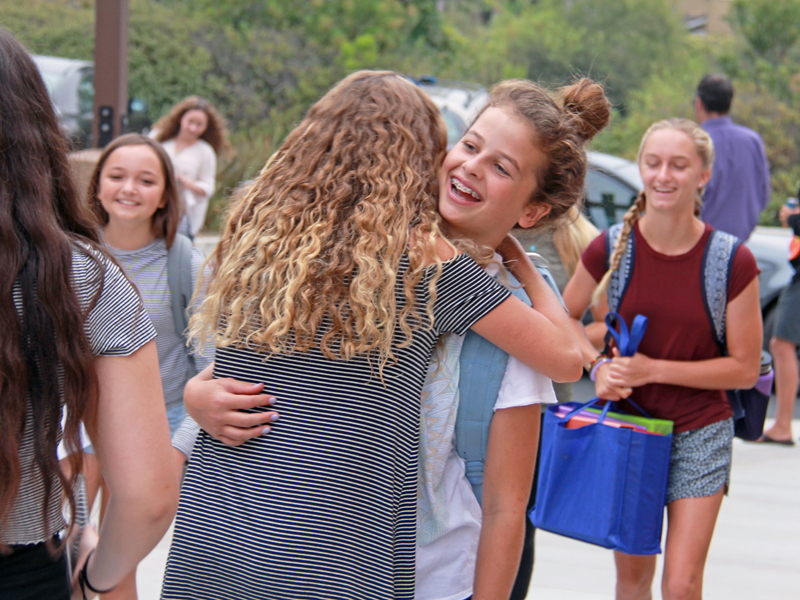 “Where is the book in which the teacher can read about what teaching is? The children themselves are this book.”

The Small Schools Coalition is one of the foremost proponents of Waldorf-inspired learning. Our founder, Dr. Stuart Grauer, was a teacher and principal in the international schools of Switzerland. While there, he became inspired by the work of Rudolf Steiner, the Austrian philosopher, spiritualist and social reformer who founded the Waldorf Schools.

The Steiner-Waldorf Philosophy of Education

“Waldorf schools offer a developmentally appropriate, experiential, and academically rigorous approach to education. They integrate the arts in all academic disciplines for children from preschool through twelfth grade to enhance and enrich learning.”

-The Association of Waldorf Schools of North America

The Steiner-Waldorf philosophy of education is that there is no end to human knowledge, or to what a learner can discover. In this context, Waldorf-inspired learning does not focus on potential, because potential is actually a limiting factor in student growth and achievement.

These foci are largely, if not completely ignored in large schools that stress traditional curricula and learning methods. However, a small learning community is the perfect learning environment for this kind of educational process.

History of The Waldorf School

The history of the Waldorf School started in 1919, when Steiner was invited to lecture to the workers at the Waldorf-Astoria cigarette factory in Stuttgart. Out of these talks and later lectures at Oxford came the Rudolf Steiner schools. The first of them was known as the Waldorf School, and this later evolved into a worldwide school network.

It is important to consider the fact that Steiner’s intellectual pursuits were extremely wide-ranging and often esoteric. So much so, in fact, that many of them might not find a place in a 21st century small school environment. However, the history of the Waldorf School also enjoys agricultural roots that are still in use today. Rudolf Steiner founded a system of organic agriculture, and this system is currently re-emerging at many small schools worldwide.

Not every part of the history of the Waldorf School has stood the test of time, as Steiner’s theories that learning to read early could cause sclerosis or baldness might not fare well anymore. All the same, Steiner’s work through the Waldorf movement has helped many small schools keep the focus on the child’s spiritual development. We have also learned a great deal about emotional development since Steiner’s days, and this newer information bolsters what was known then.

For instance, Steiner focused on the child’s capacity to consciously notice, pay attention, and reflect on one’s own thinking, feeling, and willing. This is akin to what is frequently referred to as mindfulness, a derivative of Buddhist thought. In this context, the esoteric history of the Waldorf School is well on par with holistic health and wellness practices in the modern day.

Perception is not innate. Steiner’s work encourages us to always incorporate a sense of love in our classrooms, which we find empowering in this age of heavily regulated, standardized, institutionalized educational programming. Steiner dreamed big, but he most likely never dreamed of schools the size of today’s schools.

Waldorf Inspiration in the Small Schools 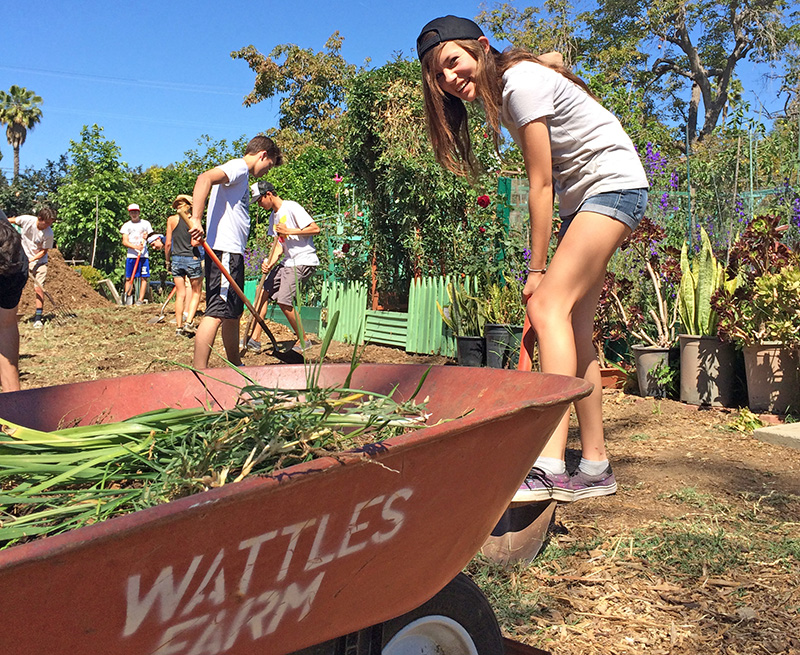 The intimate communal nature of small schools allows us to effectively implement some important facets of Waldorf inspiration. Small schools of all specialties can be guided and inspired by the Steiner-Waldorf philosophy of education, particularly the components that are most universal, including:

Steiner-Waldorf Approach to Education in a Small School

Various components of the Steiner-Waldorf approach to education can effectively be implemented in a small school. Although Rudolf Steiner died in 1925, the schools he helped create did not need to manage norms and expectations like grade point averages, league sports, and College Board scores. In this context, the Steiner-Waldorf approach to education and thus, Waldorf inspiration can positively influence a small high school.

However, today’s academic programs need to be substantially different in order to support both a school’s community,  and the developmental needs of the school’s students. Here are some typical facets of the Steiner-Waldorf approach to education small schools can implement:

The last tenet of the Steiner-Waldorf approach to education is difficult to accomplish in our technologically-focused world, and with modern textbook manufacturers’ propensity for online access. However, we can commit to balancing technology and nature, as well as online and interpersonal education. In doing so, we will help nurture learners of all ages in a way that sets them up for success in our technological society, while also helping them cultivate interpersonal communication skills including empathy and compassion. 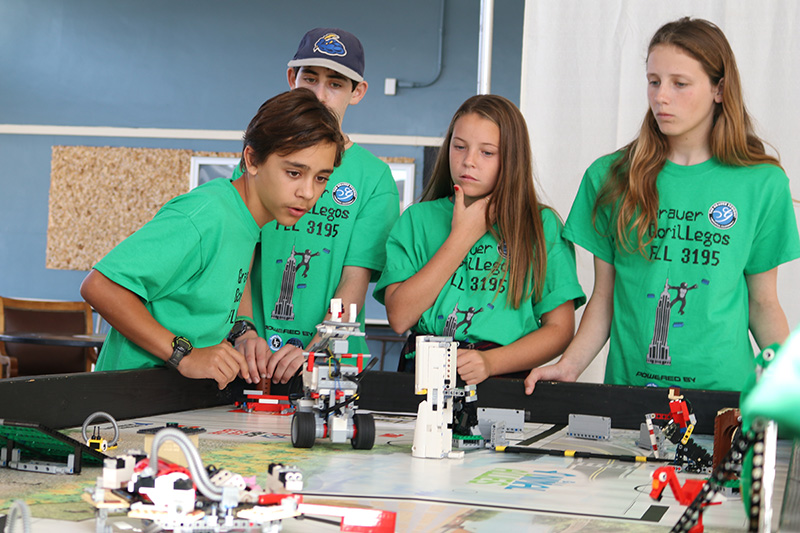 There are now around 134 Waldorf schools in America, and they have naturally taken on a shape and curriculum far from Steiner’s original visions and intentions. Waldorf schools in America are unmistakably individual, guided by general Waldorf principles intertwined with local, cultural, geographical, and political conditions which have their effect on the curriculum. For instance, the Norse mythology read to students in one nation might instead be Chinese mythology in another.

We have learned a great deal about teaching and learning in the 90 years since Rudolph Steiner’s day, and from the evolution of the Waldorf Schools in America since then. Hence, a current small school curriculum can include national and international expeditionary learning programs, emotional intelligence development, and STEM classes like Engineering Design. These programs are well suited to Waldorf inspired learning. They are also appropriate to the climate of our modern-day educational landscape and world.

One of the many benefits of small schools is the ability to customize and  implement many great educational philosophies. We also have the freedom to mold certain parts of some philosophies into various parts of others. By approaching education in this manner, we cultivate curricular diversity benefiting learners, educators, administrators and communities. Small schools can choose to advance some fundamentally important components of the Waldorf education philosophy as it suits them. Customizing and combining versus remaining true to the entire methodology in no way undermines Steiner’s vision for education.

In this context, the Waldorf education philosophy can be combined with the work of many other educational geniuses. Some of these geniuses include Socrates who believed, “Awareness of ignorance is the beginning of wisdom”, John Dewey who believed, “Education is not preparation for life; education is life itself,” Maria Montessori who believed “The greatest sign of success for a teacher… is to be able to say, ‘The children are now working as if I did not exist” and Albert Einstein who believed, “Logic will get you from A to B. Imagination will take you everywhere.” 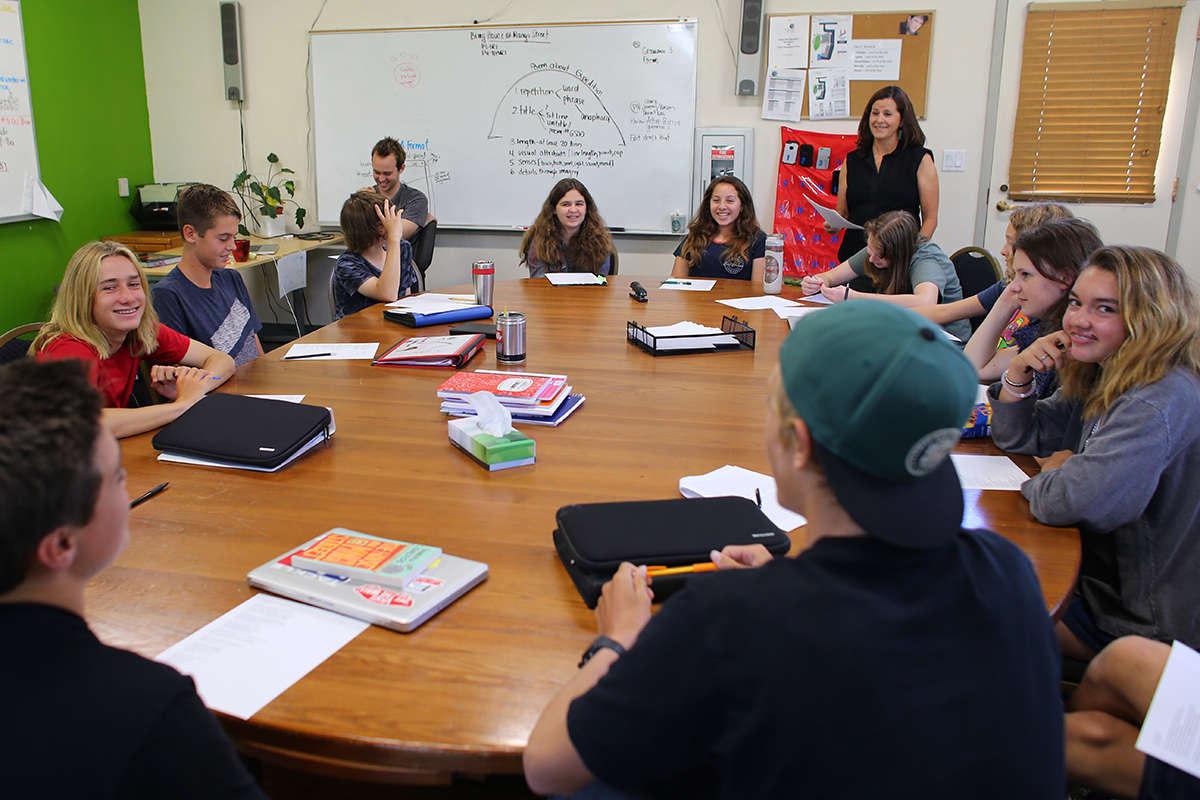 We cannot expect large, traditional schools to advance and adapt the visionary work of the Waldorf education philosophy. This responsibility and ultimately, privilege rests directly on our shoulders. Together, we can include Steiner’s vision to evolve compassionate primary, middle and college preparatory education into the 21st century and beyond. The key is to remain committed to educating and enriching the whole child: Head, Hands, and Heart Alike.

If you would like to learn more about how to effectively implement the Waldorf education philosophy in your small school, please contact us. We will be happy to get you in touch with our founder, Dr. Stuart Grauer, who is our resident expert on customizing the Waldorf education philosophy in small schools of all specialities. If you would like to become a member of the Small Schools Coalition totally free-of-charge, we welcome you to contact us as well.