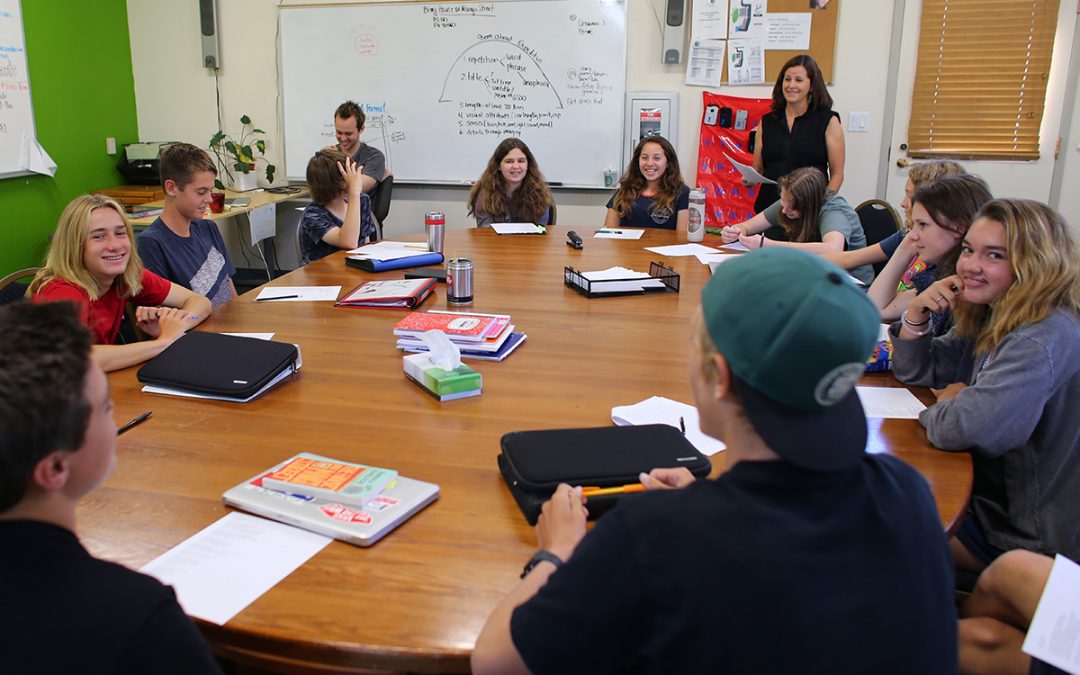 There are many different opinions regarding the best educational environment for stimulating learning and growth. But what does research on optimal class size say about large schools and classrooms versus small ones? In order to answer this question, we must first discuss the dire situation currently facing education throughout the United States.

On March 26, 2019, the United States Department of Education (USDOE) released its fiscal year 2020 budget request. To accompany its request, current U.S. Secretary of Education Betsy DeVos, in an attempt to justify a budget that would cut federal education spending by more than 10 percent, made a claim that stopped all of us at the Small Schools Coalition in our tracks.

Specifically, our Secretary of Education claimed students, especially those in areas of socioeconomic disadvantage, are better served by larger classrooms. DeVos explained that by hiring fewer teachers, a district or state can better compensate those who have demonstrated high ability and outstanding results. Since DeVos’s claims became public knowledge around the 1st of April, we initially wanted to chalk this all up to an April Fool’s Day joke. That is, until we started searching the web for cross-verification.

Unfortunately, we soon realized that DeVos was serious …as is the situation for many students of all backgrounds who were not raised with the wealth and privilege of someone like DeVos to be able to afford an affluent private school.  In order to dispel the oft-purported myth that large classrooms benefit teachers and students, we are going to present some important research on optimal class size for your consideration.

We found some startling classroom size statistics that indicate the real problem in mainstream education today. Hint: It is not too many teachers, nor is it anything fewer teachers and larger class sizes will fix. As it sits now, approximately 50% of public school employees in the United States are administrators and staff members who don’t even teach. Instead, these employees are part of a monstrous bureaucracy —a percentage that would pique the disbelief of any independent school leader.

Over the past decade, classroom size statistics have shifted farther askew as consolidation continues to shove more students into classrooms, based on the same logic our current U.S. Secretary of Education used when she suggested to Congress that our education system could benefit from having fewer teachers in our classrooms than we already do.

Disadvantages of a Large Class 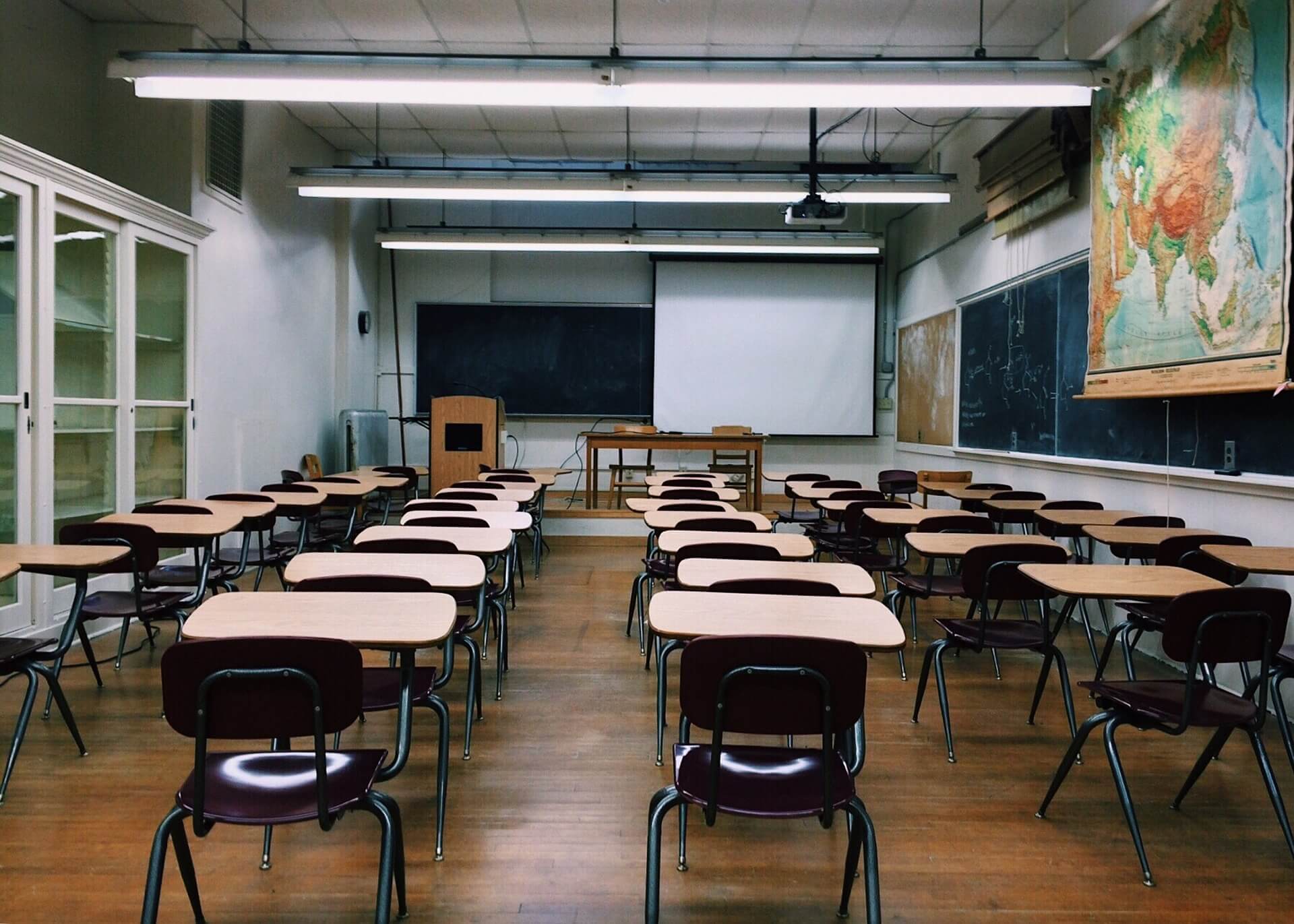 It is these children, and the teachers tasked with their educational processes, who will inordinately and disproportionately suffer if the USDOE gets its way in 2020. As it is, teachers are continually being asked to do more with less, but this budget represents a monstrous step beyond. To exacerbate this problem, many states are struggling to find enough teachers to simply fill vacancies. What’s more, we’ve never met a teacher who wanted larger classes or more federal controls over their educational processes. In order to put the disadvantages of a large class into perspective, we want to share our research on optimal class size, based on the small schools we represent and are affiliated with.

To begin with and for reference, here is a list framing our research on smaller class sizes in terms of what is considered “ideal”:

Teachers with medium and large classes must often divide their classes into sections of two or three to create a setting even somewhat conducive for collaborative learning. This further fractures any communal connectivity between students, as well as between teachers and their student body. Student’s in small-medium classes do have more teacher attention, but like their larger counterparts they cannot enjoy a seminar environment where everyone is expected to be accountable and present.

Distractions continue to increase as we add students. Attention spans wane as students are farther than 12 feet from the teacher, and there are fewer opportunities for active participation above the Socratic class levels. Additional classroom rules and regulations are necessary as classes grow larger. The result is impacted creativity, limited individuality and prepackaged, timed curricular systems that supplant the primacy of authentic human discourse.

The Oxford Center for Staff and Learning Development found that, “in the case of led groups, as for academic discussion, the maximum for member satisfaction according to students (NUS 1969) is 10 to 12.” Along with this, the overwhelming majority of research on smaller class sizes shows the smallest groups perform better. In fact, seven of the top 25 schools on the 2011 Newsweek’s, “America’s Best High schools” have student to teacher ratios of less than 15. Considering the very few number of schools with classes this small, this data is astonishing if not alarming. 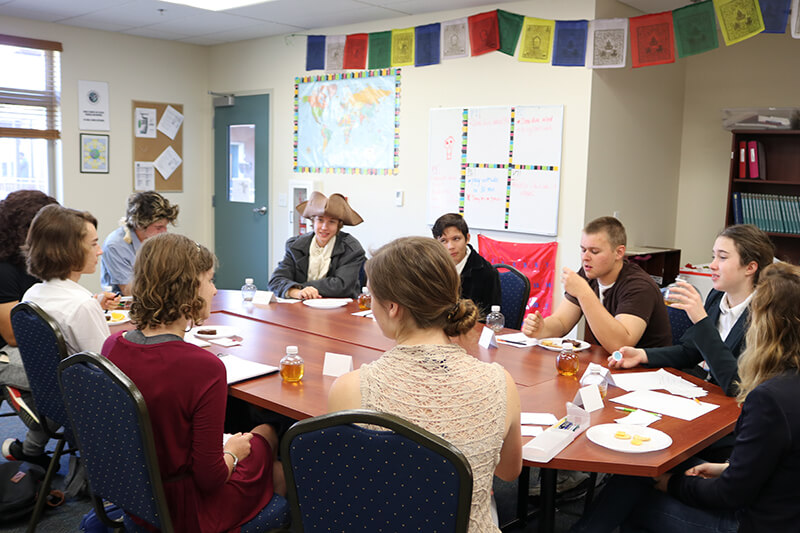 It remains difficult to obtain research on optimal class size in a small school environment since so few schools enjoy Socratic class sizes. As a result, there are not always enough sample groups. However, we do have a great deal of research on group size in general.  Consider Edward Hall’s fascinating read, “Beyond Culture:”

Fortunately, something is known both empirically and scientifically about the influence exerted by size on groups and the effect of size on how the groups perform. Research with business groups, athletic teams, and even armies around the world has revealed there is an ideal size for a working group. This ideal size is between eight and 12 individuals. This is natural, because man evolved as a primate while living in small groups…Eight to 12 persons can know each other well enough to maximize their talents. In groups beyond this size, the possible combinations of communication between individuals get too complex to handle; people are lumped into categories and begin the process of ceasing to exist as individuals … Participation and commitment fall off in larger groups — mobility suffers; leadership doesn’t develop naturally but is manipulative and political.

Larry Cuban at Stanford University presented research on group size showing that student performance did not improve significantly until classes fell under roughly 15 students, i.e., Socratic, and did not get much worse until they rose above 30.

Cuban highlights a pervasive fallacy in research on group size and quality of education as we normally find it. For example, some studies have concluded that smaller classes don’t matter enough, when in fact those studies have not studied truly small classes, much less Socratic ones. For instance, imagine a study that compares class sizes of 30 to those of 25, finds no significant differences, and thus concludes that smaller classes do not matter.

Another key issue in research on group sizes is that researchers normally measure class size effectiveness based solely upon standardized test results in math and language arts.  When we do this, we fail to account for some of the most profound benefits of small schools and class sizes: Character and personality development, creativity, connectedness and engagement, safety, and much more.

It is unfortunately true that we can’t always afford the optimal. Despite this, the study of it must never cease. The academic benefits of small schools are on full display in our extensive research archives. But the benefits of small schools are not limited to logic. They are also rooted in something much more valuable when it comes to quality of life for our students, as well as the communities they contribute to both during and after their formal educative processes.

What about a school where classrooms are like safe places students can “sit down to dinner?”  …where the whole point is the development of trusted connections necessary to refine our thoughts and ideas more deeply, and to focus on emotional intelligence characteristics like empathy, in addition to statistical intelligence traits like IQ and GPA?

This type of school and learning environment already exists, as our members and friends readily attest through their tireless work. And it can exist in many more schools across the United States, if we band together to demand policy makers and leaders that value the quality of education in cultivating both statistical and emotional intelligence for students of all backgrounds and walks-of-life. If you would like to join us in espousing the many benefits of small schools, or obtain a free membership in the Small Schools Coalition, please contact us to learn more.