A Primer to Help Reclaim the Love of Learning 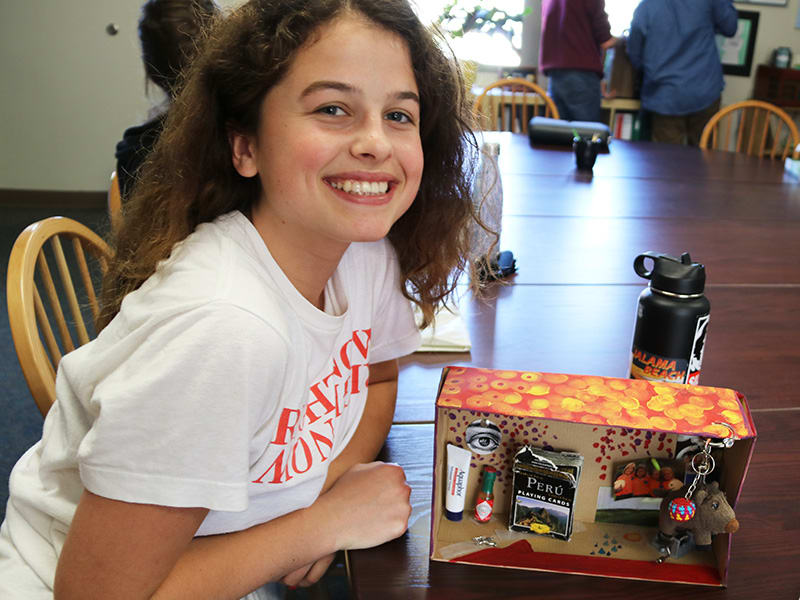 “The fact is that given the challenges we face, education doesn’t need to be reformed — it needs to be transformed. The key to this transformation is not to standardize education, but to personalize it, to build achievement on discovering the individual talents of each child, to put students in an environment where they want to learn and where they can naturally discover their true passions.”
Sir Ken Robinson

Recently, one of our members’ was approached by a super-bright, kind-hearted student who had been attending another, prominent school. “But you have everything,” he thought—why wouldn’t that school be a breeze for her?

“My whole love of learning was crushed,” she explained. They valued her as a high-performance machine, focused on compliance, not curiosity. It was all about extrinsic motivation, or everyone else’s expectations. Extrinsically motivated people can’t really self-actualize and thus, they might never find what they can do better than anyone else. This leads to a well known fact throughout education:

Many students find that their schools are terrible at helping them find their true passions and unique places in the world. Many of our kids feel trapped into narrow definitions of success and pointless limits on their personal freedom.

There is no greater role for small schools right now than in giving this student, and the many more just like her, space to reclaim the love of learning and creativity. How can we do that?

Well, let’s begin by asking ourselves a few questions that true changemaker’s ask: “Why are we doing a particular thing a particular way? As parents, teachers and school leaders, have we thought about why classes are set up as they are? How can we develop kids who are searchers, courageous seekers of what the world needs of them? What would those classes look like? And why isn’t this question even seriously addressed before we talk about the academic units kids “need?”

The Importance of Questions 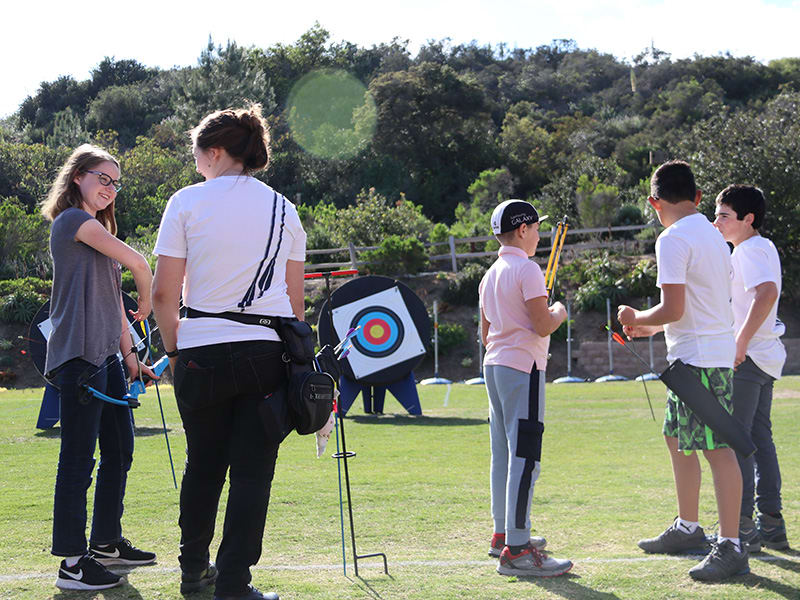 The importance of asking questions inside and outside of the classroom cannot be overstated. American journalist Warren Berger went into top organizations and met hundreds of scientists, artists, business leaders, engineers, filmmakers, educators, designers, social entrepreneurs, etc… all over the country, and he found that one thing great changemakers have in common is that they are exceptionally good at asking questions.

Unfortunately, the importance of questions is not taught, honored, or modeled very well at schools. When a student asks a question, it must fall within a very narrow set of guidelines and constraints relative to the predetermined curriculum in order to be considered valid or appropriate. Research shows how intellectual curiosity is less welcome in the classroom, taken by teachers as non-constructive impulsivity (except in more self-directed or Socratic classes). What you are curious about is not an issue, obviously not sacred.

But that is not how the human brain forms and processes knowledge. The average 4-year old girl knows the importance of questions. She asks around 390 questions a day (mainly to her mom). This number drops down to approximately what, maybe one, by teen age. As teenagers feel increasingly less power and space for personal expression in our schools, their anxiety grows and they get mired more deeply in the teenage, techno info-swamp, social distraction and distortion, and settled in chairs all day at school, judged by tests and ranks that mean little or nothing to them spiritually.

Curiosity is a core value at many small schools, but we almost never see it turn up as a whole-school value elsewhere. Small independent schools tend to place greater emphasis on knowing and valuing each child, and so they are in a good position to sensitively and effectively help students reap the benefits of curiosity-based learning. Schools that want to implement curiosity-based learning might try some of these emphases:

Curiosity-based learning doesn’t work without curiosity. Without any attention being paid to the curiosity of our students, they tend to give up looking for meaning and value, even if they still play the game. Executive Director of the MIT Leadership Center and innovation professor, Hal Gregersen found the main reason kids give up expressing curiosity because adults don’t understand their questions –we just think we do.

We’re not really listening. Why? Because the kids are oftentimes not the real agenda. The curriculum is, the test is, the college placement is, the parent/teacher conceptions of what the child “should” do or “should” be, the end product, all of those are the agenda. Listening for the real concerns of our kids is often a digression. 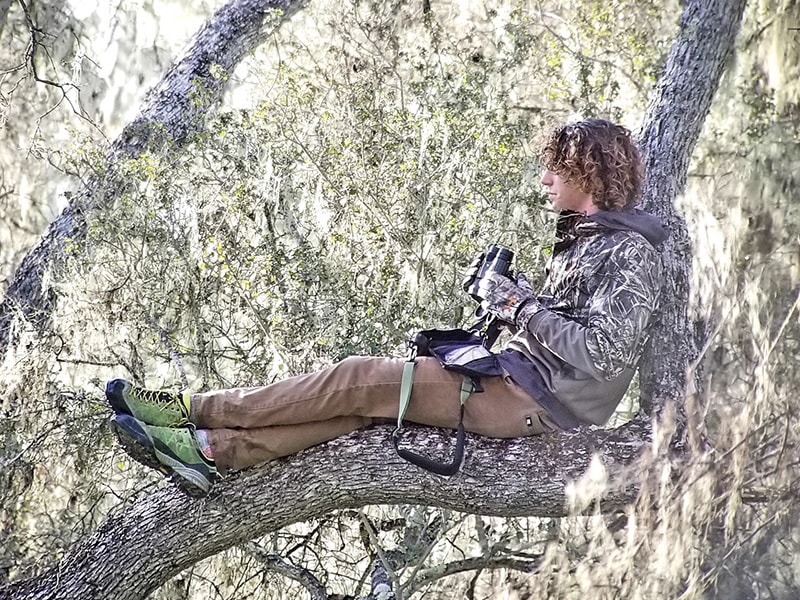 This is no surprise. Sir Ken Robinson launched a TED Talk in 2015 called “How Schools Kill Creativity,” and it became the most viewed TED in history. In the four years since that Talk, things are getting worse. We haven’t seen a lot of articles these days about the drop off of anxiety, the epidemic of student joy, the enthrallment with schools as they lift the spirits of our youth. Have you?

Socratic teachers, of course, believe their role is to get students to attain clear thought through insightful questioning.  But teachers today don’t question all that much. It’s inefficient. It gives away their control of the lesson. It’s inconvenient as we march through the standard curriculum. It holds up progress toward the prescribed curriculum. It’s not on the test.

Eventually, the curriculum becomes much more about what the standards say you “need” to be tested on than what students are drawn to pursue. “Is that gunna be on the test?” But …what if curiosity were the curriculum?

Naturally student passions can not be the whole curriculum—there is a body of powerful knowledge we are charged with passing down, a culture to pass along. So, balance is the thing. Let us all consider a true balancing of passing along a known knowledge base with time spent in the pursuit of student curiosity.

Kids stop asking questions unless they are in an environment where exploring and experimenting is the culture and the point—and this does not describe school for most kids. As though the obvious were a revelation, researchers Joan Dabrowski and Tanji Reed Marshall make the following finding in their paper from The Education Trust: “For students to thrive and achieve at high levels, they must be interested and emotionally invested in their learning.” What kind of society needs big, national research studies to “discover” that students should be interested in things to learn well! And why isn’t “discovery” the curriculum? Where are the high stakes tests that measure “student discovery” and pursuit? Why aren’t schools and colleges ranked based upon the curiosity of their students?

Combating the Decline of Curiosity Throughout Education

The increase in “academic rigor” and rank as we know it is proportional to the decline of curiosity for kids. Allison Gopnik, Berkeley psychology professor says that when we start teaching too much predetermined content, we cut off the student paths of inquiry.

A 2013 Gallup survey showed that, as kids stop questioning, they simultaneously become less engaged in school—sadly, 76% of elementary school kids are engaged in school and it gradually drops down to 44% by high school according to Gallup.

A rising tide of people and organizations are joining the efforts of organizations like the Small Schools Coalition to let go of the standard, narrow measures of school success. In 2021, the OECD, which administers the Programme for International Assessment (PISA), a math, science, and reading test given every three years to half a million 15-year-olds around the world, will add a test for creative skills. For many years we were in the dark with respect to comparing various school systems around the world.

We have that comparison now through the PISA, but all it has done so far is drive reductionist, narrow, non-creative concepts of what school outcomes can be—concepts that are quick and easy to measure. It is time to measure what matters before jumping to further conclusions about which national systems are “superior.” The addition of the creativity component to PISA is a potential step in this direction.

There is other good action and cause for optimism. The nationwide Panorama test is growing like a movement in the US, asking students questions about socio-emotional learning at school, rather than just the standard measures. The growing Mastery Transcript Consortium is attempting to develop high school transcripts that express the “whole” of student development, not just grades in the standard classes. The High School Survey of Students Engagement, also nationwide, breaks down student engagement into many components schools can address. Real, student-centered initiatives like these could end up constituting a movement or course correction towards the kind of balanced, healthy education that breeds curiosity and intrinsic motivation, and that does not exhaust both educators and students. 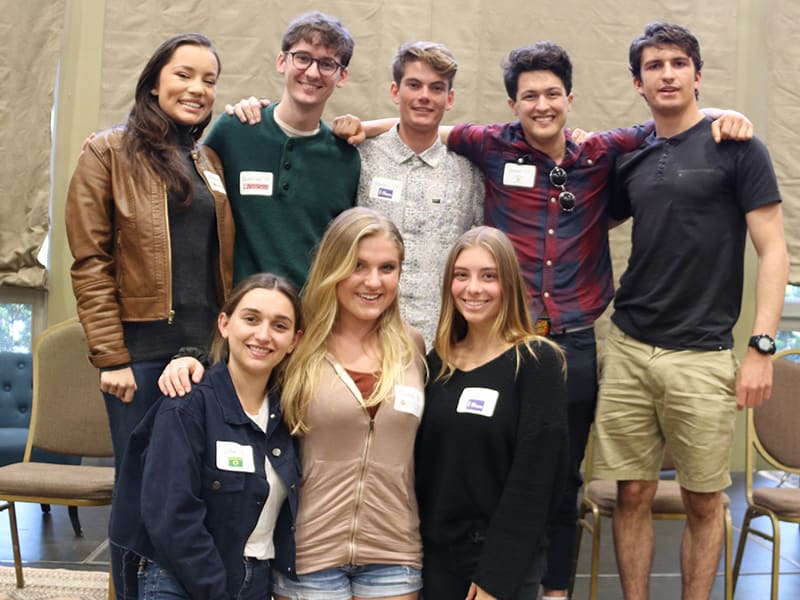 Intrinsic motivation “occurs when we act without any obvious external rewards.” We enjoy an activity or see it as an opportunity to explore, learn, and actualize our potentials—not fundamentally to please someone or meet their requirements. With conviction and courage, we can honor intrinsic motivation in education and inside our students rather than the imposed, external “shoulds” that rob them of the chance of finding that “north star.” But it took many years to refine this ideal program and larger schools with larger, more siloed faculties would not realistically be able to achieve a true mastery learning program. Why is cultivating a sense of intrinsic motivation in education necessary no matter the type of educational philosophy being employed? Let’s close with this scenario to drive this point home:

A New England high school senior has 1200 SAT scores, 4.4 GPA, great references, and is rejected from New York University. So many questions linger: Are they a failure? Has their school failed them? Was acceptance in this university a legitimate life purpose over the past four years? What about a payoff? What does the world need of this student now? And this final question remains: What do we tell their distraught parents who are sure we have all failed?

Forming an identity is a big job and a serious one that teens need to get done right. Done right, it also can be incredibly inspirational and engaging, especially when we connect our daily actions to our true values and largest life purposes. It is time to explode narrow conceptions of life purpose and success for our trapped, controlled students, by far the most anxious, chair-bound, sleep-deprived, and depressed generation in American history–none of these conditions occur in natural environments: we cause them!

It is time to cast “education” as a freeing experience rather than a controlling one. As an experience that allows students to learn as much if not more intrinsically than extrinsically. Failing to do this is the only failure. This is on us. Ask a student what they have done that is really pretty cool lately, and see if we can really listen, see if their willingness to share that is still around, see if we can really understand. This is the path to igniting curiosity and motivation.

If you would like to discuss implementing a curriculum of curiosity in your small school, or to inquire about membership in the Small Schools Coalition, we welcome you to contact us!